More than 100 BOX users, prospective customers, and major INTERCOPE partners attended the 7th BOX User Forum from 8th to 10th of May 2017 to exchange information about their BOX experience, learn about the latest BOX developments, and discuss hot industry topics such as the SWIFT Customer Security Program, Instant Payments and the Payment Service Directive 2.

This year’s event was hosted by DZ Bank, who together with the Chairman of the User Group and Intercope, welcomed all participants at their Düsseldorf location on the 8th and 10th of May. On the 9th of May, a full-day conference was held at the Conference Center Krickenbeck.

Over the next three days, eight customers presented on a range of topics and shared their BOX experience and learnings. First up was Daniel Mietzschke, Deutsche Bundesbank, who explained how his institution successfully finalized the WBI-FN migration to BOX and went on to give us some insight on their reasons for choosing an RSA / RADIUS based solution for dual authentication of BOX users.

DZ Bank’s Jürgen Kaczmarek described the successful replacement of WBI-FN with BOX and revealed their plans to migrate MERVA to BOX by 2018.

Terje Albert from DNB and Jari Jakobsen from Evry highlighted the implementation of a special payment matching function in BOX, as well as the migration from WBI-FN to BOX and the planned MERVA replacement.

Kerstin Schwengbeck, Finanz Informatik, provided an update on BOX projects that have been completed since the last BOX User Forum, including replacement of MERVA and WBI-FN for several customers. The presentation also pointed out infrastructure challenges that Finanz Informatik faced over the past year.

Gert Ulott from Commerzbank presented on topics such as embargo handling improvements, statistics, archiving and security.

Sandro Odorizzi spoke about the “Network Gateway Project” with Intesa Sanpaolo, in which BOX provides a single gateway for both SWIFT and the Italian network RNI.

Tom Essex gave us an update on the BOX implementation with Citi where all MERVA and WBI-FN systems have been retired and a cost savings of $1.5 million could be realized in 2015 and 2016.

Reinhart Laumer, CEO at Intercope, gave a high-level strategic overview of BOX and INTERCOPE. More in-depth and technical topics followed by Olaf Grossler and Stefan Feld, who discussed value-added services of BOX and presented use cases such as “Multicast Messages”, “Payment Matching”, the “SEPA Business Filter”, “FTP/SFTP Integration”, and the “RJE Web Service”.

Intercope’s Jens Huser outlined BOX’s development roadmap for the last year – including completed and planned development activities such as EBICS support, operational and security enhancements, and improvements of the configuration management. Jens was later joined on stage by Olaf Grossler to discuss fulfilled and currently outstanding change requests, before opening up the discussion and inviting audience input for new change requests.

Andrea Lelli and Richard Mowbray, both Intercope, covered the highly anticipated SWIFT Customer Security Programme topic and showed in detail how INTERCOPE and BOX comply with both the mandatory and optional controls of the CSP. During the CSP Q&A session which followed, Julius Pietkowicz from Equens Worldline shared his first-hand experience about the program with the audience. 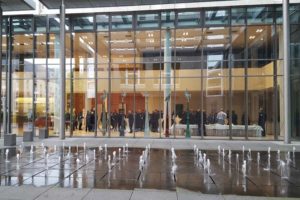 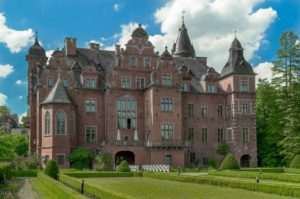