From August 21 to 23 Deutsche Bundesbank hosted the 3rd  BOX User Group meeting after previous events in Vienna and Hamburg. More than 80 people from 12 countries from BOX customers, INTERCOPE and major players such as Accenture, EBA Clearing, IBM, SIA, and SWIFT spent two days to learn about INTERCOPE’s product strategy, hear about the experience of several customers with BOX and to discuss various aspects of financial message processing.

After the welcome by Thomas Pache from Deutsche Bundesbank Reinhart Laumer, CEO and president of INTERCOPE gave insight into the strategic positioning of BOX. Reinhart explained that the product is extending beyond SWIFT supporting complementary networks such as SIA, EBICS, and national networks such as the Italian RNI. In consequence, he stated, BOX is rebranded from “BOX for SWIFTNet” to “BOX Messaging Hub”.

Magda Leirens form SWIFT explained the SWIFT procedures to certify messaging interfaces. Gert Ulott presented how Commerzbank migrates from SunGard MINT to BOX and could take the first 2 BICs into production within just 4 months in July this year fitting “seamlessly into Commerzbank Architecture and Concepts“.

After the coffee break Jens Huser and Olaf Grossler gave detailed information about the technical positioning of BOX and Jens subsequently explained how BOX is prepared to handle large volumes of SEPA messages. Manfred Gnirss from IBM and Olaf reported the results of performance tests with BOX on an IBM system zEC12 which proved that the BOX processing time for large SEPA volumes is insignificant compared with the transmission times to and from SWIFT. At the end of the first day Stefano Pizzera presented the network services SIA can offer for SEPA as an alternative to SWIFT FileAct and for TARGET2 Securities.

Day 2 started with a detailed analysis of the status of SEPA migration in Germany. Andreas Muessig from Deutsche Bundesbank concluded that “the urgency of the subject is not yet understood by all of the smaller and medium-sized companies” and that “SEPA is widely unknown in the German public”. Eric Weinberger from Erste Group in Austria continued with a presentation about the centralized BOX implementation in Erste Group for 29 clients in 9 countries.

Stefan Feld from Commerzbank explained in detail how access time to a BOX archive with 60 million messages could  be optimized exploiting database partitioning in Oracle. Thomas Essex talked about the BOX CBT implementation at CITI. WBI-FN has been retired and during the next 1 to 2 years a highly complex MERVA landscape will be completely migrated to BOX. During the afternoon of day 2 Jens presented major improvements and enhancement implemented in BOX release 3.15 and 3.16 during the last year and further development activities planned for release 3.16.  Subsequently Olaf explained how embargo (OFAC) checking applications can be integrated into the BOX workflow, covered the conversion from MT to MX and MX to MT messages and a new table oriented tool to define routing rules. Finally the BOX User Group elected Andreas Goerlich from s IT Solutions (Erste Group in Austria) as new chairperson.

During the evening event in a typical Hessian (the region around Frankfurt) restaurant vivid discussions continued. During the morning of the third day change requests were discussed and there was still time for 1-on-1 meetings.

We want to thank Deutsche Bundesbank for their unsurpassed hospitality in a great location. 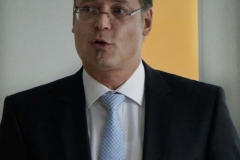 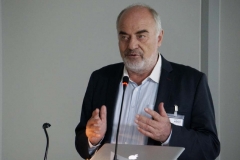 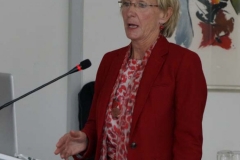 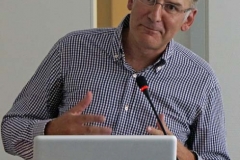 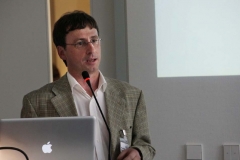 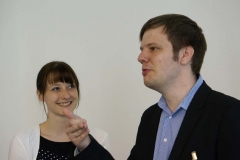 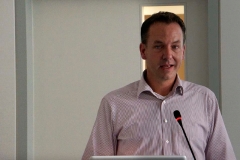 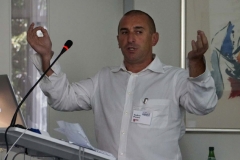 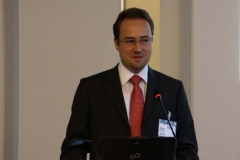 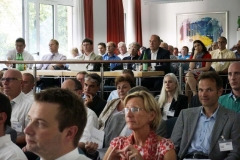 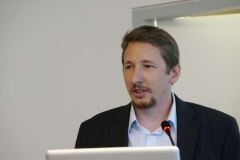 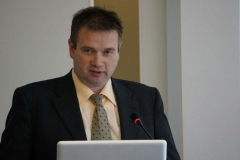 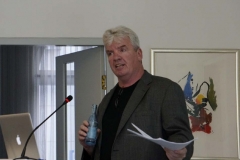 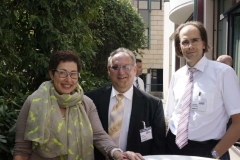