On April 24 – 25 BOX for SWIFTNet customer’s from Germany and Austria met at the Intercope headquarters in Hamburg, Germany to hear first hand information about the latest developments and plans for future releases from INTERCOPE in German. Jens Huser, head of development, and Olaf Grossler, head of implementation, presented and discussed in detail enhancements and new functions which are either already implemented in or planned for BOX Releases 15 and 16. In Release 15 more than 300 development work items were performed and for Release 16 more than 100 activities are planned. 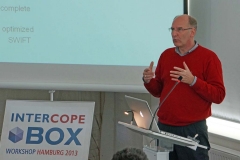 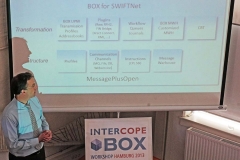 Jens gave a comprehensive overview covering these activities including revealing sideline comments on several aspects of BOX technology deployed to implement new functionality such as the instruction or message warehouse concept.

Olaf covered details of the MT to MX conversion initially implemented for MT 540 to MT 543 as a “plugin” for the “Content Processing Instruction”.  Subsequently he explained and showed in a live demo how the same plugin architecture is used to integrate 3rd party embargo checking systems into the BOX workflow. 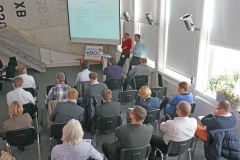 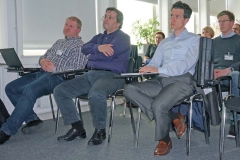 Probably the most important new development decision from INTERCOPE is the support of additional networks complementary to SWIFT. With availability of Release 16 scheduled for this summer, the first implementation of this strategy will be the support of EBICS in addition to SWIFT FileAct for file transfer and in particular for SEPA transactions. With the support of Target 2 Securities (T2S) planned for a later date the second certified network supplier in addition to SWIFT, COLT/SIA will be supported. This will enable BOX customers to select the network of their choice for these services. 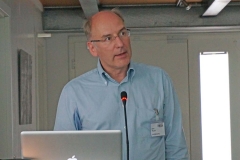 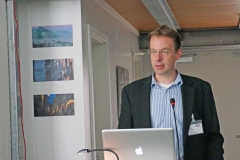 Another major new function, which Olaf demonstrated in a live demo, is the new “Routing 2.0” which can be used as an alternative to the current “Analysis 1” technology. Whilst the latter requires programming know how, the User Interface of “Routing 2.0” is completely based on tables which are maintained via a graphical user interface which does not require deep technical BOX know how and – so Olaf – could enable business users to implement routing destinations without requiring the help of system administrators. 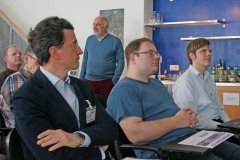 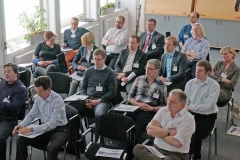 After lunch Jens’ presentation of the results of the first meeting of the “SEPA Round Table” initiated by the SWIFT Technical Advisory Group in February 2013, lead to a lively discussion in the meeting. Several participants expressed various concerns regarding the capability of the existing infrastructure of SWIFT and the European Banking Association (EBA) to handle the immense message volumes expected for February 2014 when SEPA will become mandatory for national payments. Is enough bandwidth available, what will be the message volume in peak hours, will there be impacts for the FIN traffic, which testing facilities are required and available, which adoptions are required for the local infrastructure and which additional functions will be implemented in BOX, were some of the topics of the detailed discussion. 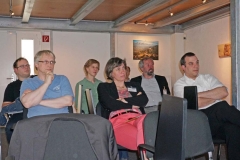 In the last session of the meeting Olaf presented the INTERCOPE testing strategy and the limitations of the INTERCOPE testing environment which lead to another broad discussion with several suggestions to further improve the cooperation between customers and INTERCOPE in testing fixes and new releases in environments which meet the production set up as far as possible including customer specific infrastructure components and backend applications. 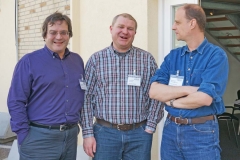 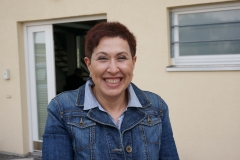 Several participants gave very positive feedback to the event and the open technical discussions during the workshop. In addition to all the serious work there was also time for some good food, wine and fun during the evening event in an outside location conveniently located right next to the river Alster, where we also could enjoy the match between Borussia Dormund and Real Madrid in the semi-final of the UEFA Champions League (an important event in European soccer). 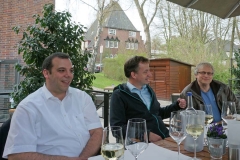 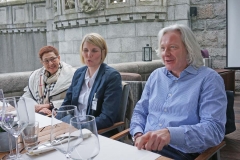 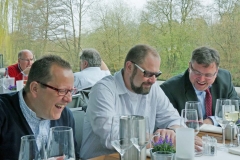 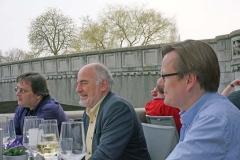 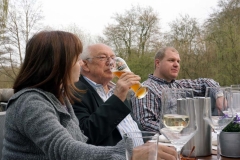 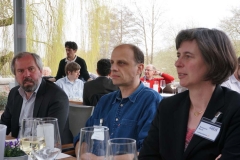 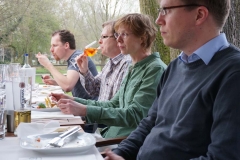 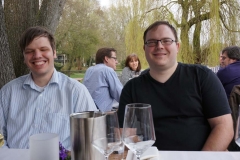 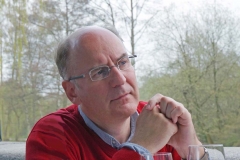 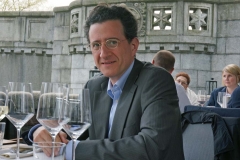 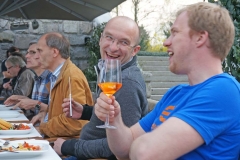 A short history of INTERCOPEINTERCOPE Video with IBM
Scroll to top